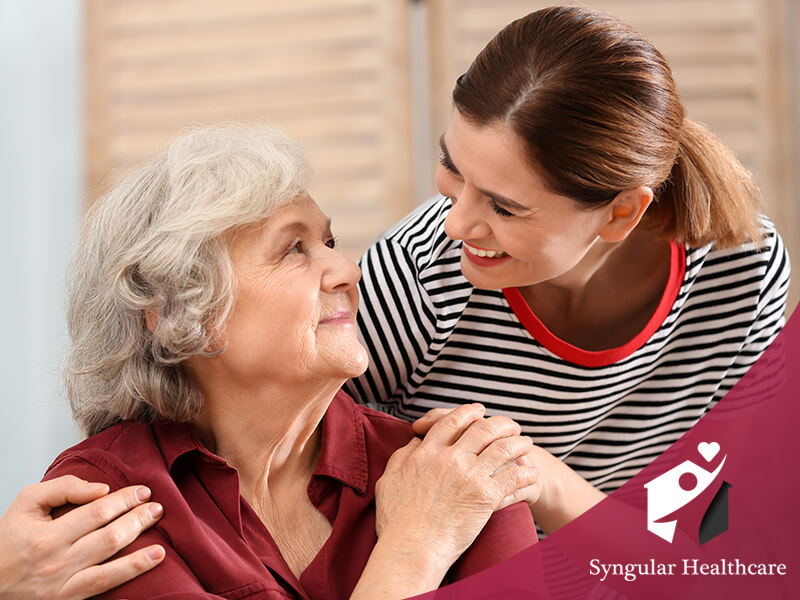 The Difference Between Dementia & Alzheimer’s Disease

People often use the terms Alzheimer’s Disease and dementia interchangeably, but they are not the same thing.

Dementia is a generic term that describes a decline in mental ability severe enough to affect daily life. Some of the most common symptoms of dementia include memory loss, troubles performing familiar tasks and mood changes.

Alzheimer’s Disease is a specific disease that progressively attacks the brain, causing memory and cognitive function loss. Alzheimer’s Disease was initially described by Dr. Alois Alzheimer in 1906 when he observed abnormal conditions in the brain during an autopsy of a patient that had experienced memory loss, paranoia and mood and behaviour changes.

While Alzheimer’s Disease is most commonly associated with dementia, there can be other causes for dementia such as vascular dementia, frontotemporal dementia, Creutzfeldt-Jakob disease and Wernicke-Korsakoff syndrome.

According to The Alzheimer Society of Canada, there are more than half a million Canadians currently living with dementia. An estimated 25,000 new dementia cases are diagnosed each year, with the number of affected Canadians expected to double within the next 15 years.

The estimated cost on the Canadian economy to care for those living with dementia is more than $10 billion annually.

Here is a short list of the most common early symptoms that someone might be suffering from Alzheimer’s Disease or another form of dementia:

If you suspect someone you love is showing signs of Alzheimer’s Disease or dementia book an appointment with your family doctor and let them know about your concerns.

Because it affects a large portion of our aged population, much attention has been given to try to find a cure for dementia. Clinical trials are being performed for drugs that target and reduce proteins found in higher levels in the brains of people who suffer from dementia and to stimulate the body’s immune system to attack and destroy these same proteins.

While there have been some promising results in early trials, these drugs can often take years to come to market and can be quite expensive when they eventually do.

How We Can Help

Dementia in a loved one – Alzheimer’s Disease or otherwise – can be difficult to deal with and emotionally devastating. The initial challenges might be manageable with some memory aids or with some patience and understanding, but as the condition progresses you might find that you need to provide help and support services.

If you or your family support network can’t provide the help or simply don’t have the expertise, trust the experts at Syngular Healthcare. Our expert caregivers are specially trained in helping those with dementia and can be available to help as much or as little as you need.

Call us today at 519-306-0435 or fill out our ‘The First Step’ form for a free assessment and let us help you with the respect, dignity and support you and your family deserve.